Do likes matter on social media?

There are three really simple answers to the question posed by the title of this post. They are:

Before you start to get all frothed up about my new found love of likes, I should urge you to read the whole post. Context is important in the following discussion and there really isn’t a tl;dr version of this.

Dislike: No – social likes are a worthless currency

I’ve been pushing this advice for a number of years and, to some extent, still think it holds true.

It’s a long, long way from a customer buying something and means so little that it is essentially worthless.

Around seven years ago a client of mine had a big city agency talk to them about valuing their social likes. The client liked the idea of being able to stick a pound sign before the likes and include it in a report for the board. It made perfect sense – social activity could have a monetary value and be discussed in the same terms as other core business metrics.

This would’ve worked perfectly if it wasn’t the biggest pile of steaming shite I’ve ever heard of. Still, I expect the big city agency had plenty of takers for the snake oil they were selling.

You can’t pay staff in likes.

Your suppliers won’t swap them for goods (unless they’re an influencer – but that’s for another day!).

And I’ve never seen any study that correlates number of likes to success of a business (happy to be proved wrong on this in the comments section).

In fact, Facebook and Instagram are apparently testing designs of their platform where the like button is less prominent or hidden on posts, so that people focus on what they like instead of what they want their friends to think.

There are many, many social media marketers and millions more teenagers, with a boat load or influencers thrown in for good measure, who would hate this move.

However, stories like this in publications like Mashable, referring to social media as a disease, and blaming likes for depression and stupid behaviour, don’t go away. That makes the direction of travel to remove likes, or reduce their use, a solid move.

If Mr Zuckerberg is keen to move towards meaningful interactions, then removing the least valuable interaction makes a lot of sense.

Likes are easy to give, hard to quantify, and mean very little, so why bother with them?

Like: Yes – likes matter because they matter to people who matter

It feels like Facebook are starting to realise they’ve created a monster on their platform and are trying to find ways to recapture it. But, as Pandora will testify, closing the lid to the box doesn’t stop the issue.

Another story about another old client to highlight the issue.

This client runs a beauty business – not the sort that does make up for a night out, one that performs surgery on people. It was, by most measures, a successful business; the biggest in its territory, well reviewed online and used surgeons with more qualifications than hot dinners.

While I was in their office one day I overheard a conversation between a potential customer and a nurse who looked after the final stages of the sales cycle. What was becoming clear from the one end of the conversation I could hear was that she was talking about social media not surgery.

After the call, we debriefed. The surgery – which cost about the same as a small car – was off because the client was going elsewhere. Why? Because the other clinic had thousands more Instagram followers.

I was – still am – utterly dumbstruck. In fact, I’m pausing for a minute to let that sink in.

To recap: Someone used the number of likes on an Instagram account as a proxy for the quality of cosmetic surgery. [INSERT SHOCKED FACE EMOJI]

The lady in question was going to hand over thousands to a company to cut her open, make changes to her body and her method of assessing who was best placed for that work was the number of likes on social media.

“Yeah, Andi, but that’s just one anecdote of a vain Millennial. It doesn’t matter to the rest of us.”

It should, because there is some science to back this up. Researchers from Stanford looked at what factors influenced purchases on Amazon. They gave people mobile phone covers that either had a great star rating but a low number of reviews (eg 5* from 300 reviews) or an average star rating but a high number of reviews (eg 3.3* from 2,000 reviews) and asked people which one they’d buy.

The results? More people wanted the case with the higher number of reviews rather than the better reviews.

If that’s not enough, hold my beer…

This is from what NY Mag calls a credible source:

“Trump was meeting with lawmakers after he announced that the U.S. would pull out of Syria. Like his former Defense Secretary, who quit over the decision, the members of Congress were trying to convince Trump to change his mind. But Trump was more interested in how the decision was playing on Twitter than on Capitol Hill or at the Pentagon. So he called Scavino into the meeting:

“Tell them how popular my policy is,” Trump instructed Scavino, who, according to two people with knowledge of the exchange, proceeded to walk lawmakers through the positive reaction he had picked up on social media about Trump’s Syria decision.

The sudden pivot from geostrategy to retweets and likes surprised the lawmakers.”

Again, you might think Trump is clown with no direct relevance to your business. And you’d be partially correct. But when he’s about to go to war with Iran and drive up oil prices, cripple global trade by fighting with China, and runs the US based on response from his Twitter bubble, you should worry.

Now, back to your business.

You can tell the board or your clients repeatedly in monthly reports that likes are a worthless social currency. I have done this many times and the reaction is always the same – they don’t care. Each time you speak to them they’ll ask a version of this question:

Why does competitor x have more followers than we do?

Likes matter to your customers.

Likes matter to your boss.

If they matter to the groups of people that matter to marketers, doesn’t that mean we should take them more seriously?

On the fence: It Depends – why context (not content) is king

Don’t worry, I’m not wearing a tin foil hat and hiding from an alien invasion.

I haven’t lost the plot entirely. I understand that, as marketers, we have to be the advocates for using the right data to make the right decisions. Just because the youth of today write IDK and cya l8r m8  (well, at least I think they do) doesn’t mean that English teachers should be teaching this in schools.

Yes, likes might matter to the board, but that only goes so far.

However, I believe we can’t ignore what our key stakeholders think, just because we don’t agree.

Which makes context the most important thing to consider.

A final client anecdote for you. This one has grown an Instagram following organically over the last 12 months to just short of 10,000 by focusing on great content.

They’ve focused on building the following in the target market and the right geography – no buying followers or chasing likes round the world to inflate numbers. It’s part of a wider strategy to engage a different audience in a different way with their message, and it has been pretty successful so far.

As part of their plans, they are now using stories more heavily and want to be able to add the Instagram Holy Grail – swipe up from stories. It would change how they can interact with fans and, to repeat myself, is part of a broader strategy to engage audiences.

The problem is that growth has stalled. Everything that has worked over the last year to add good numbers of followers just isn’t working. The content still gets engagement, but the followers don’t come.

If you were sat in a meeting with my client, would you:

You see, in the context of where they are, the objective of the Instagram activity has changed. Last year the objective was along the lines of build a community from the target market so we can change how we engage with them.

Now the current objective is to do what we can to get over 10,000 likes.

Once they’ve hit that point, the objective will be redefined again. It will be different to the original objective as the community now exists. We’ll be focusing on conversions and web metrics and stuff that makes sense to that organisation.

Some people will think I’m an idiot, others a charlatan and some will recognise the commonsenseness of it all (yes, I know that’s not a word).

So do likes matter?

I’ll finish this post where I started. Sort of, maybe, maybe not…

You (and your objectives) will have to decide the answer to the question.

The Hundred – A Marketing View On Cricket’s New Format

When you have a hammer, everything looks like a nail. I’ve no idea who first said this, but it feels relevant for me whenever I see something new launched. I grab my marketing hammer and Read more… 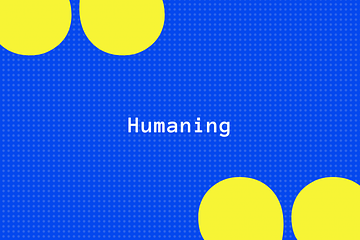 ‘Humaning’ – No I Don’t Know What It Means

I honestly don’t like writing blogs about stuff that annoys me. My approach in life is to focus on the positives and celebrate them, rather than grumble about the negatives. But… but… but… sometimes stuff Read more… 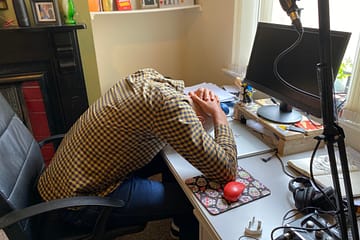 Lessons From My Marketing Mistaken

That Meeting With The Chairman I spent an hour last week talking to Matt Thompson from Best of Belfast podcast. He’s pretty good when it comes to interviewing people and got me talking about a whole range of Read more…